By DanielApril 9, 2018Alumni News
No Comments 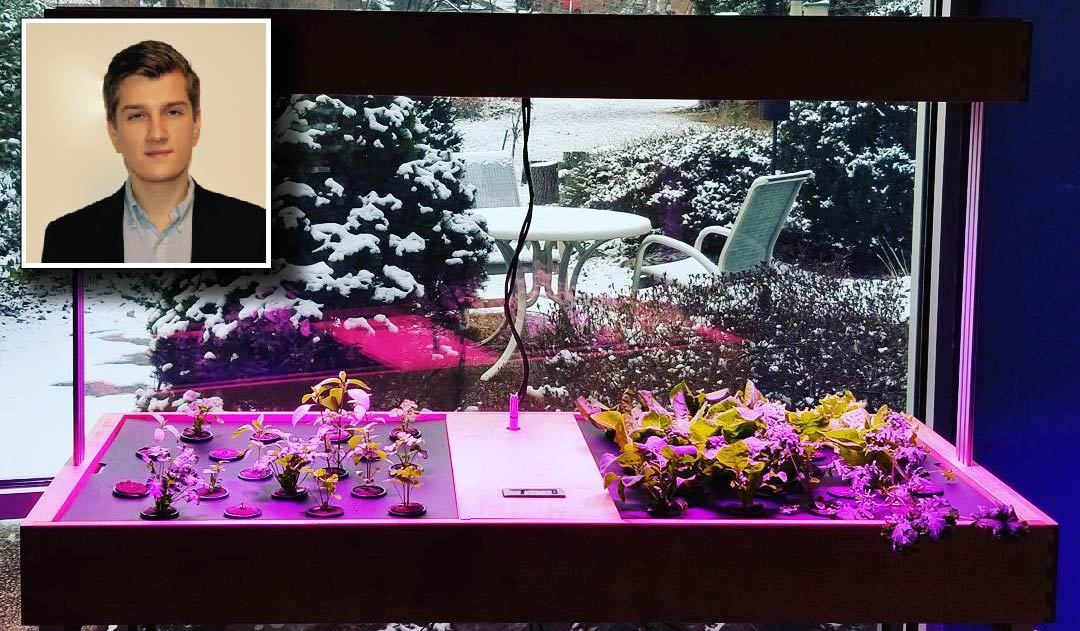 Brother Olesen (inset) created the Babylon Micro-Farm, which, among other things, allows customers to grow their own produce well into winter

Alexander Olesen, Alpha 2017, began formulating his plan for an environmentally friendly and efficient “micro farm” during his Social Entrepreneurship class at UVA back in 2015. Now a fully formed company, his startup – Babylon Micro-Farms – has just been awarded a $10,000 grant from Dominion Energy.

His hydroponic systems scale down the usually industrial-sized farms to a 5×4 foot table – small enough, Alex remarked, that “we used the house to test some of the prototypes in the early days.” Unlike normal plant growth, hydroponic systems rely on nutrient-rich water instead of soil.

Outside of the Chi Phi house, his creation is now in use at several restaurants on Charlottesville and even on UVA’s campus. “There were several brothers involved and we still have brothers regularly interning for us,” according to Brother Olesen, who has kept the project close to home. Now with his additional funding secured, he hopes to expand and make his Micro-Farms available to a wider audience.