Paul DePace, Rho Iota Kappa 1966, received the Paralympic Order, the highest accolade from the Paralympic Movement, during the 2017 Paralympic Sport and Media Awards in September. He received the Order alongside Denmark’s Karl Vilhelm Nielsen and France’s Gerard Masson. The Orders were presented by Sir Philip Craven, then the President of the International Paralympic Committee (IPC).

Brother DePace, the President of the International Wheelchair and Amputee Sports Federation (IWAS) received the Order in recognition for the nearly 50 years of work he has put into the Paralympic Movement. During this time, he has been an athlete, coach, United States’ Chef de Mission, and Board Director for the Atlanta 1996 Paralympic Games Organizing Committee. His roles have also included Vice-President of the International Stoke Mandeville Wheelchair Sports Federation (ISMWSF) and IPC Executive Committee. As IWAS President since 2001, he did much to promote Paralympic sport internationally from the grassroots to high-performance levels.

See this article in the Spring 2018 Chakett News 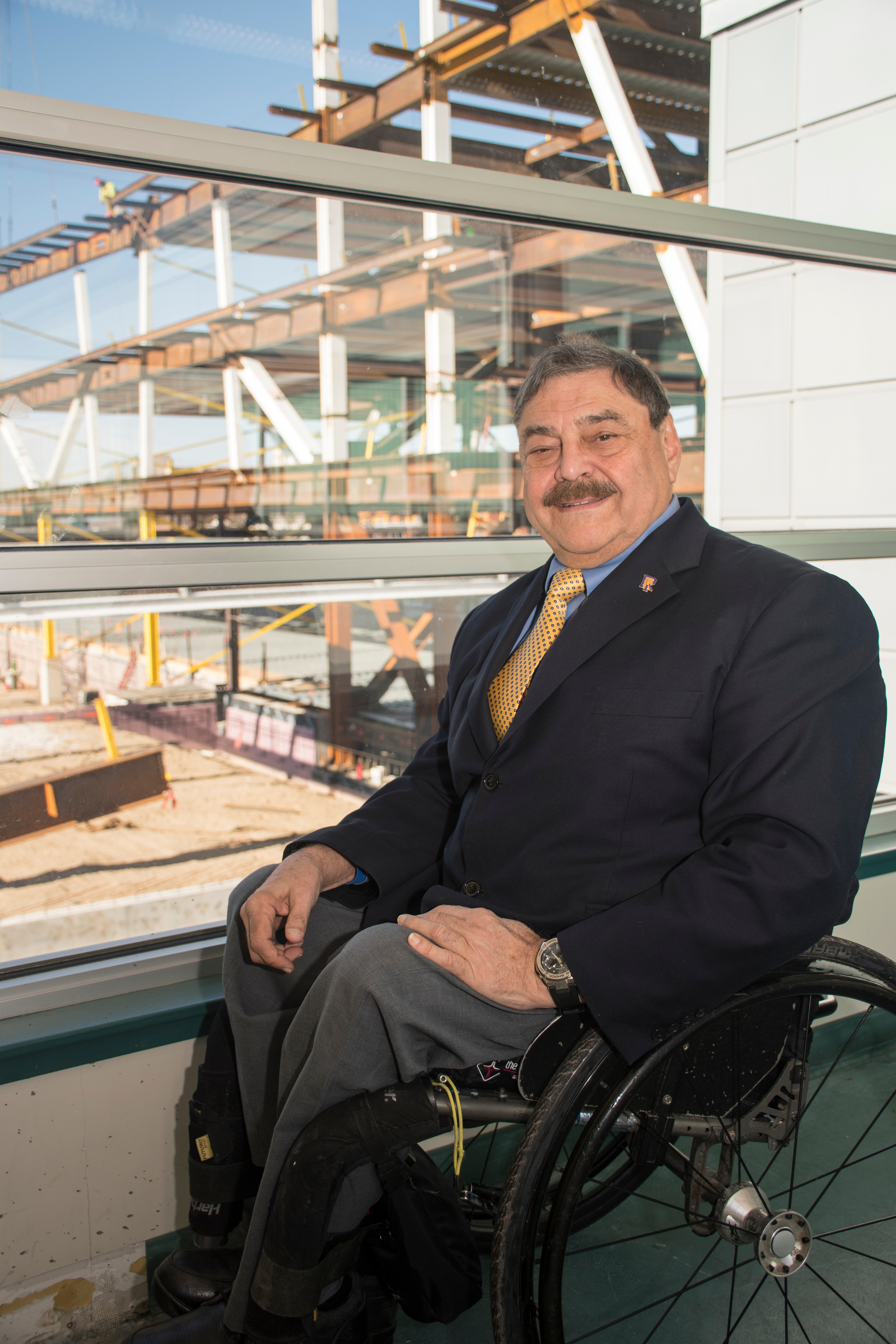 Photo courtesy of The University of Rhode Island, Nora Lewis.