It’s okay to jump the Gunn and reserve your spot!

Now in its 9th year, the Tournament honors Watts Gunn, Omega 1928, known as “The Southern Hurricane,” who made golf history at the 1925 U.S. Amateur by setting the record for international championship golf by winning 15 straight holes. Brother Gunn faced off with his friend and rival, the famed Bobby Jones, and later teamed up with Jones during their successful 1926 and 1928 Walker Cup tournament appearances.

Join Brothers from across the country on Thursday, June 20 (right before Congress!) at The Fort Golf Course in Indianapolis. Since 1998, The Fort has been considered one of the finest public golf courses in the state after its redesign by Pete Dye and Tim Liddy. 1,700 acres of the 2,500 acre property is now a Fort Harrison State Park, making it a pristine site for Chi Phi’s only official golf outing.

Proceeds from the Tournament benefit the Educational Trust’s efforts to provide scholarships and leadership development programs to our Brothers. 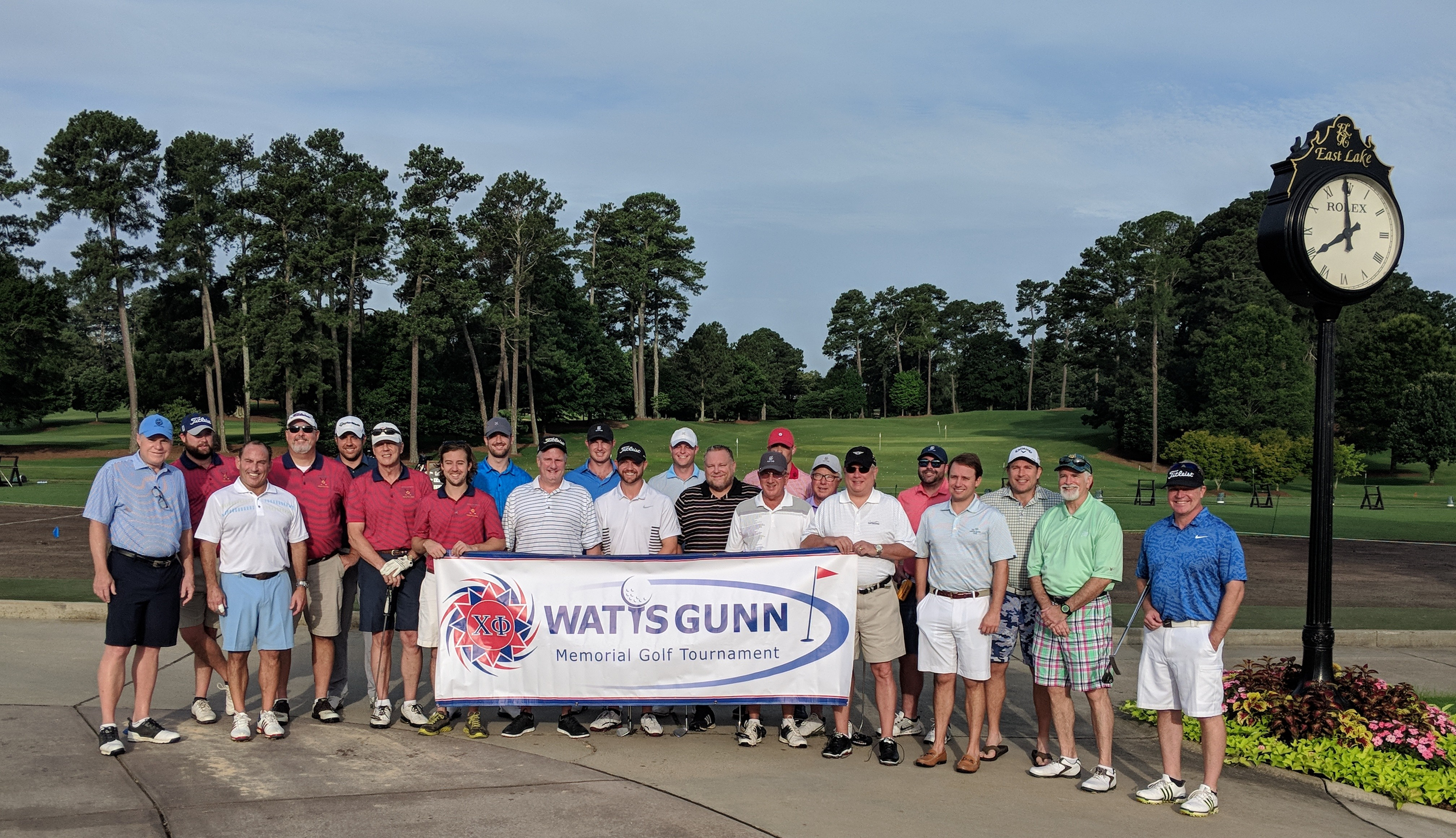