Since its establishment in 1990, the Walter Leland Cronkite, Jr. Award has been granted by the Grand Council to only nineteen Brothers whose humanitarian, social, or political achievement benefitted our country, educational system, or society. A governor, civil rights activist, Hollywood producer, US Senator, and Cronkite himself are among those honored these past three decades.

Brother Richards is the first paleobiologist to be honored with the Cronkite Award. He graduated from Indiana University Bloomington in 1971. Since 1980, he has worked in various capacities with the Indiana State Museum in Indianapolis, beginning as a volunteer and contract laborer and working the way up to his current role as Senior Research Curator of Paleobiology. Among fifty-five years of experience with excavations are no fewer than fourteen recoveries of mastodon fossils throughout Indiana.

In addition to his prolific fieldwork, Brother Richards has written extensively on Ice Age fauna with thirty works for the Indiana Academy of Science and seventy for other organizations, universities, geology clubs, and civic clubs in the state and nationwide. He has also served as a Grant Reviewer for the National Geographic Society and the National Science Foundation.

He has long credited his Chi Phi Brothers with fostering a love of excavation when they explored caves near Indiana University’s campus together. During his acceptance speech at the Congressional Banquet, Brother Richards recounted the adventures with his Iota Delta Chapter Brothers, many of whom were present to celebrate him.

Through a career rooted in research and a commitment to better understanding of the world which once was in order to educate those around him, Brother Richards has displayed the Values of Chi Phi and a True Gentleman. Congratulations, Brother, on this well-deserved honor!

“I would hope that in future years, as our Grand Council ponders the names of potential honorees, that it look long and hard at those who may not gain national fame but who devote great effort and much of their time trying to improve their local communities and the lot of their neighbors.” 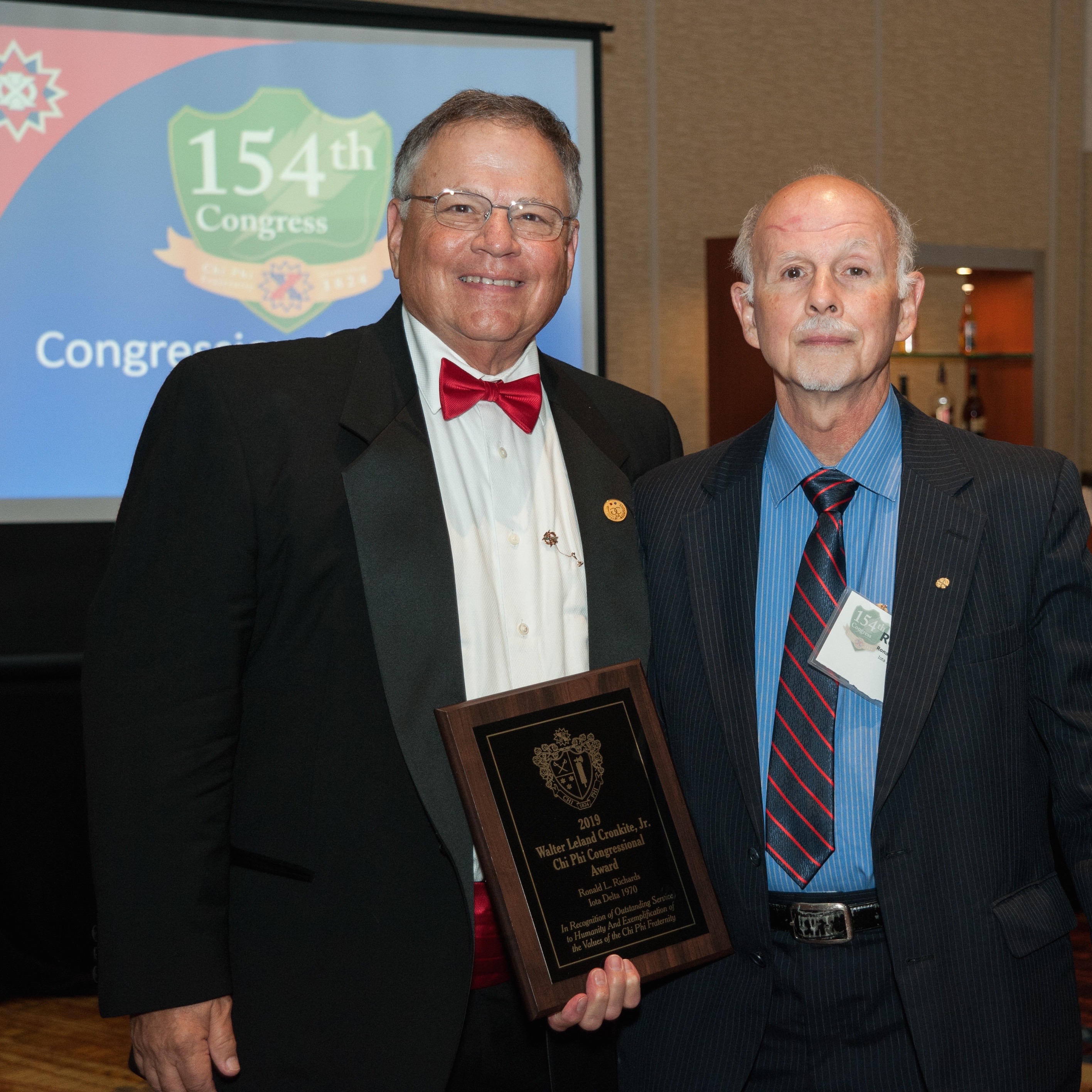 Below: Brother Richards was in his element as he donned a headlamp during his acceptance speech. Later, he gathered with Iota Delta Brothers to celebrate his award.