This fall has been a busy time for the Fraternity with expansion opportunities at two major campuses.

First established in 1892, Nu at the University of Texas at Austin was Chi Phi’s first Chapter in the Lonestar State. Nu has given rise to historic figures such as CBS Anchorman Walter Cronkite, Nu 1937, and Texas Governor Dolph Briscoe, Nu 1940, as well as our current Grand Eta Steve Hopkins, Nu 1999.

The nine men who will carry on Chi Phi’s legacy at UT were Initiated into our Brotherhood on October 20 by the men at the Psi Zeta Chapter at the University of Texas at Dallas. They join a very active fraternity scene on campus and are backed by an extensive network of Nu Alumni. Alpha Wade Smith, Nu 2021, says he is most excited about having “a chance to reestablish our presence on campus and become an influential organization. I hope we can expand our Brotherhood as this school year goes along, and I hope we are able to positively impact our campus and the Austin community.”

Chi Phi is now present at the University of Tampa for the first time, where thirteen young men were Initiated on October 27 by the Brothers of the Xi Delta Chapter at the Florida Institute of Technology in Melbourne, Florida. Our group at Tampa is now one of thirteen fraternities on campus and the latest in Chi Phi’s long legacy in the State of Florida.

The Alpha at the University of Tampa, Nick Scozzari, Tampa Colony 2022, says that our Brothers at Tampa hope “to establish an environment that is accepting and community-driven in the coming future. The Colony and I look forward to recruiting New Members and growing our brand as Chi Phi.”

Reflecting on the successful establishment of Chi Phi at Texas and Tampa, Director of Growth and Alumni Services John Fisher, Delta Pi 2013, says that he looks forward to “continuing to support and work with these men as they grow themselves and their respective Colony on campus and in their community. Chi Phi has a bright future with these men.”

As they work to establish their mission, vision, and goals for the coming years, Chi Phi is built for success with Brothers on both campuses from diverse backgrounds and interests, and who represent an array of academic fields, including environmental engineering, chemistry, finance, marine biology, and exercise science. We are excited to see what the rest of the year will bring for them. 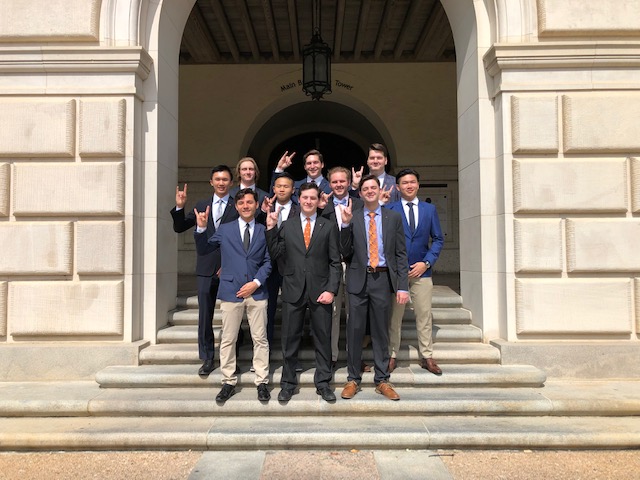 Above: The men of Nu at Texas following their Pledging Ceremony on October 13, held at the base of The Tower on UT’s campus.

Below: New Members at the University of Tampa were pinned in a chapel on campus on October 19. 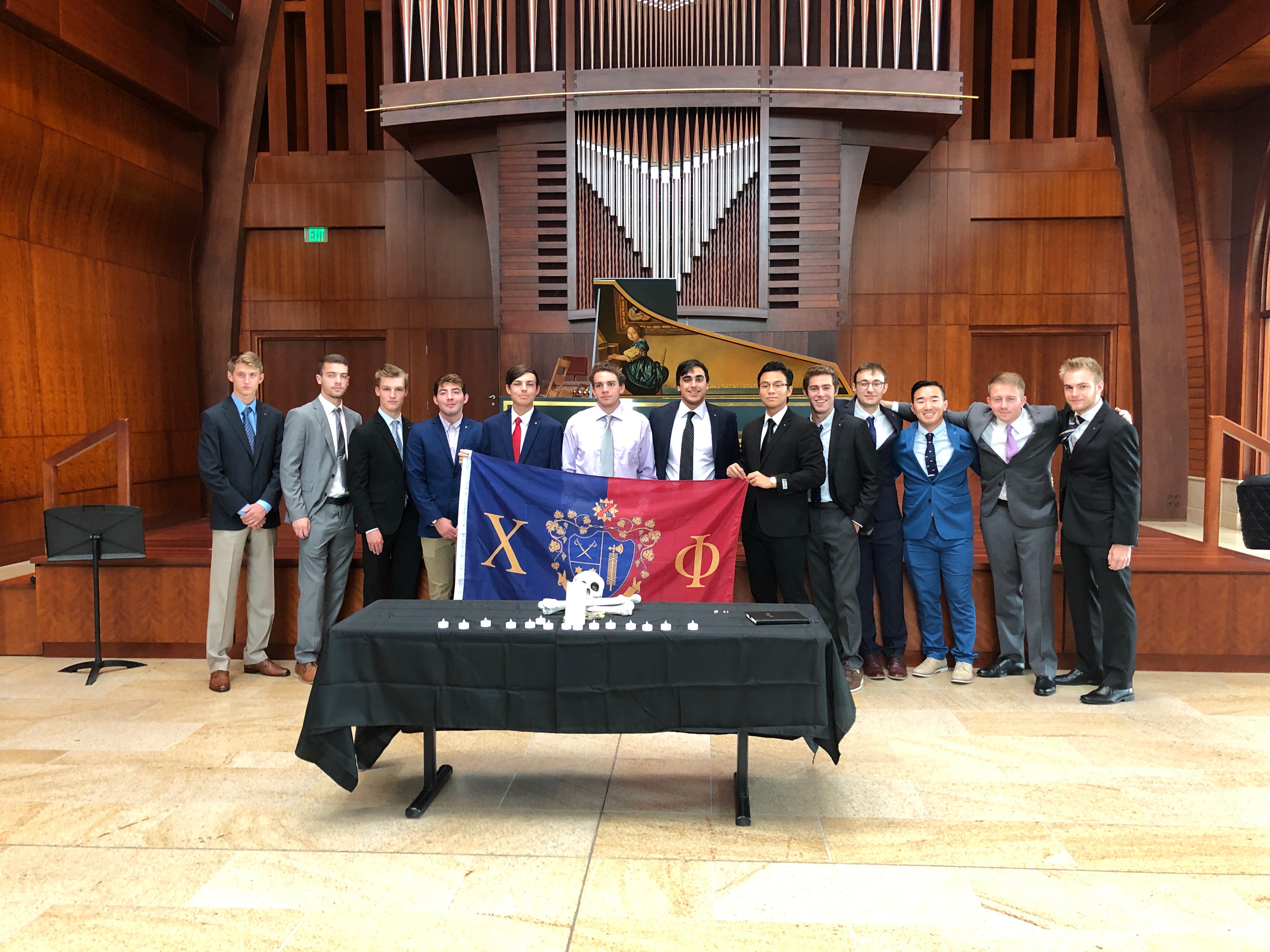