The first of these older organizations, the Chi Phi Society, which is known in the history of the Fraternity as the Princeton Order of Chi Phi, was established at the College of New Jersey, later Princeton University, on December 24, 1824, by Robert Baird, then a tutor in the college and later a prominent Presbyterian clergyman. Also involved in the formation of this secret Chi Phi Society were a number of faculty members of both college and seminary as well as undergraduates of both institutions. This society ceased to be active in 1825.

Thirty years later, in the winter of 1853-54, John MacLean, Jr., found among the papers of his uncle, John MacLean, president of Princeton University, the old constitution, minute book, and ritual of the Chi Phi Society of 1824; and with these as his guide, he united with Charles Smith Degraw and Gustavus W. Mayer in reorganizing the old society at Princeton along “modern lines.” The old motto and a great part of the ritual were retained. In the fall of 1854, Mayer organized a second Chapter of the Chi Phi Society at Franklin and Marshall College. Joseph Henry Dubbs, later a distinguished professor of history at his alma mater, was the first initiate. The opposition of the Princeton faculty and the prohibitory pledge required of freshmen by the institution caused the death of the reorganized Princeton Chapter in 1859. Its records were destroyed by the last active members, leaving the Lancaster Chapter alone to represent the society.

The second of these older organizations, called the Chi Phi Fraternity and now known in our history as the Southern Order of Chi Phi, was founded at the University of North Carolina on August 21, 1858, by Thomas Capehart, Augustus Flythe, John C. Tucker, William H. Green, Fletcher T. Seymour, and James J. Cherry. All students at the university, they organized this club to perpetuate their friendship and named it Chi Phi Fraternity. They wished to expand, so Chapters were rapidly organized at Centenary, Davidson, Virginia, Nashville, and Cumberland. However, the American Civil War (1861-65) meant the end of all but the parent Chapter. Soon after the war, new Chapters sprang up at Hampden- Sydney, Georgia, Edinburgh (Scotland), Mercer, Emory, Oglethorpe, Trinity, Kentucky Military Institute, and St. John’s. The extinct Chapters at Virginia and Davidson were reorganized. Following the war, however, the University of North Carolina itself was closed, necessitating the transfer of the “Alpha” Chapter title to the Virginia Chapter. While this Chi Phi organization had a constitution and held conventions, the primary authority rested with the “Alpha” Chapter.

When the Chapter at North Carolina was reestablished, it took on the hyphenated name “Alpha-Alpha.” Those Chapters of Chi Phi with hyphenated names indicate that upon the reorganization of the Chapter, its name had already been taken. The Chapters’ original designation is then preceded by a hyphenated Alpha.

The Secret Order of Chi Phi, which is now known in the history of the Fraternity as the Hobart Order of Chi Phi, was formed at Hobart College on November 14,1860, by Amos Brunson and Alexander J. Beach, who were both students at the college. Because they were dissatisfied with the fraternities existing at Hobart, they associated themselves with John W. Jones, George G. Hopkins, Edward S. Lawson, Samuel W. Tuttle, David S. Hall, David P. Jackson, William H. Shepard, Harvey N. Loomis, William Sutphen and Frank B. Wilson to found the Upsilon Chapter of the Secret Order of Chi Phi. From Hobart, Charters were soon issued to new Chapters at Kenyon, Princeton, and Rutgers.

1867 Union of the Northern Order

Five years later, the Secret Order of Chi Phi at Hobart learned of the existence of the Chi Phi Society at Franklin and Marshall College in Pennsylvania and on May 29,1867, the two societies formally united. The Northern Order of the Chi Phi Fraternity was thus formed, and later placed Chapters at Muhlenberg, Cornell, Dickinson, Wofford, Washington and Lee, Lehigh, Brown, Massachusetts Institute of Technology, Amherst, Ohio Wesleyan, and Lafayette.

1874 Union of the Northern and Southern Orders

In early winter of 1865-66, the Hobart Alumni in New York learned of the existence of the Chi Phi Fraternity in the South through John R. D. Shepard, a member of the Alpha Chapter at North Carolina. Negotiations for union were initiated but languished until the northern Chi Phis placed Chapters at Wofford and Washington and Lee in 1871-72. Particularly through the energy of the members of the latter Chapter, negotiations were renewed, and the union was finally accomplished during a meeting in Washington, D.C. on March 27, 1874. The new organization took the name Chi Phi Fraternity from the Southern Order, while the fabric of organization and ritual were taken from the Northern Order.

Chi Phi, like other fraternities, had lost heavily in both Chapters and membership during the Civil War. This was especially true of the Southern Order where entire Chapters had volunteered for service and where the effects of the war had largely destroyed southern institutions of higher learning. The period following the war, Reconstruction, was largely defined by regional differences even though the union of the Northern and Southern Orders of Chi Phi occurred in 1874—a unification that illustrated the strength of the common ideals that drew the two orders into union. Chi Phi Fraternity was among the first to forget sectionalism and to extend the hand of Brotherhood after the war. This step was largely attributable to the leadership of Georgian Henry W. Grady and to northern Chi Phis of similar mind.

Chi Phi is truly a values based organization, dedicated to the successful scholarship of their men, and we are excited to watch this organization grow in the coming semesters.

Michele KaplanCoordinator for Fraternities and Sororities, University of North Carolina

joined Chi Phi because I wanted to be involved in something larger than myself and build something almost completely from the ground up.

Chi Phi and its Brothers showed me respect, unity, and friendship that I strived to be a part of for the rest of my life. 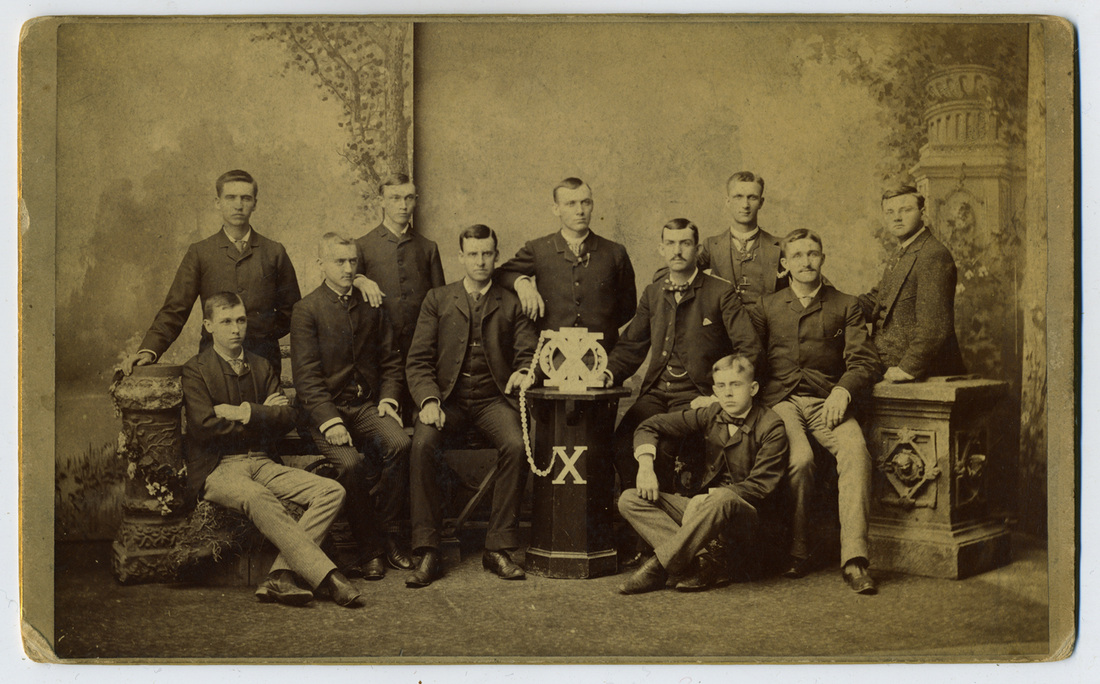 Where is Chi Phi Expanding?

To learn more about these efforts, including how to become a Founding Father on your campus, please contact our Director of Growth and Alumni Services, John Fisher, at 404-231-1824 or fisher@chiphi.org.

Want to Bring Chi Phi to your Campus?

Chi Phi is an organization that is proud of its rich history, which includes Chapters and members from around the world. At the same time, Chi Phi keeps an eye to the future, always looking for the next group of men that we will call Brothers and the next great Chapter that will be leaders on their campus. Perhaps you and a group of your friends are men who will go down in Chi Phi history as Chapter founders and leaders.

If you are interested in bringing the Fraternity to your campus, please click here to learn more about the steps of creating a Chi Phi Colony on your campus or email Chi Phi’s Director of Growth and Alumni Services to begin a dialogue and get working on a plan. 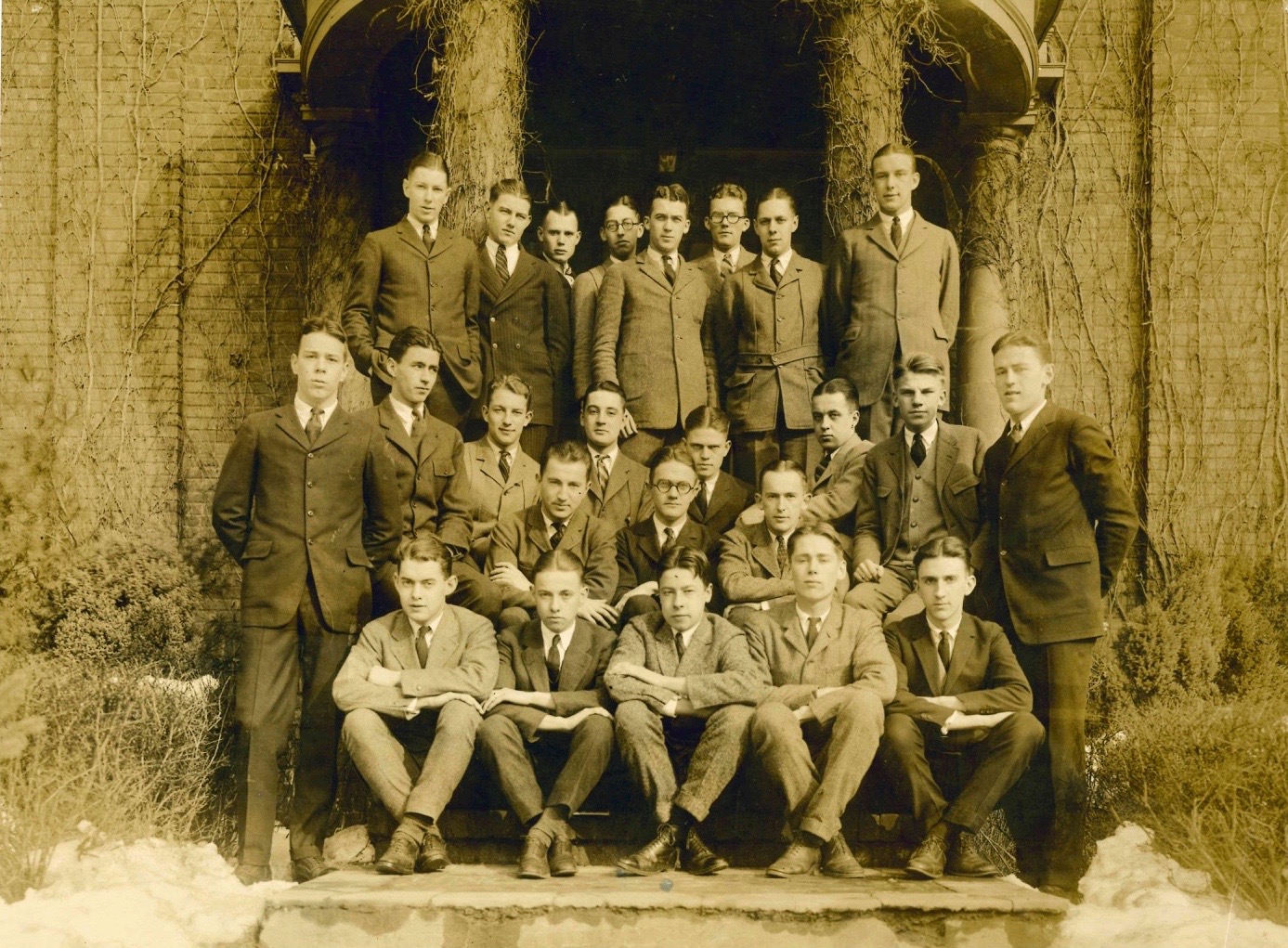