Brother Purks was Initiated into the Alpha-Alpha Chapter at UNC in 1956 as a legacy, his father being a member of the Gamma Chapter at Emory University. He entered the journalism field after his graduation in 1959. He worked for several newspapers and the Associated Press, traveling the south and following the Civil Rights Movement. Several times, Brother Purks interviewed Civil Rights leaders including Martin Luther King Jr. He was perhaps most well known for his first-hand coverage of the September 15, 1963, bombing of the Sixteenth Street Baptist Church in Birmingham, which killed four young girls. 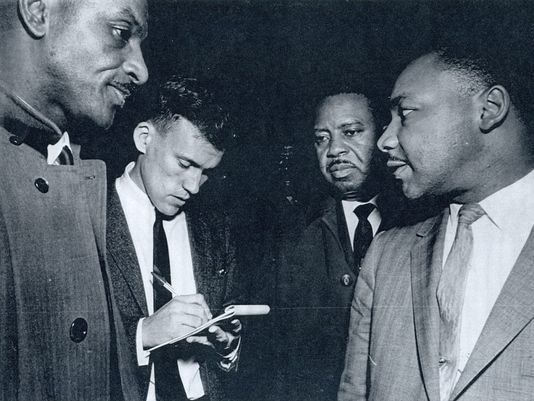 Most of Brother Purks’s notes and memorabilia from his time as a reporter now reside in various Civil Rights museums. His donations came with the hope to draw the spotlight to those who work to unite people, not divide them.

Following his career as a field reporter, Brother Purks began working in government as press secretary for the Secretary of State of Florida and US Senator Richard Stone. He served as an Assistant Press Secretary for President Jimmy Carter during his administration. Brother Purks went on to work in corporate America, which, according to his associates, he absolutely hated. He desired to serve people in need, and soon found his way into a position at United Way.

It was this desire to help those in need that led Brother Purks to his next career – as the Reverend Deacon Jim Purks of the Episcopal Church. Brother Purks was a member of the Order of Saint Luke, an Anglican healing order, and was active in their work with HIV/AIDS patients and survivors support groups, as well as serving as a Hospice chaplain. In addition, Brother Purks was involved with Habitat for Humanity in Americus, Georgia, even collaborating with the organization’s founder, Millard Fuller on two books.

It was his proximity to Americus and Georgia Southwestern State University which led him to keeping even busier, this time in his role as an advisor to the GSW Colony of Chi Phi, helping them on their way to becoming the Delta Pi Chapter in 1999. The Brothers of Delta Pi elected him an honorary member of the Chapter in 2002. 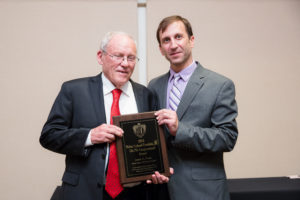 Brother Purks and his life’s work were formally celebrated by the Fraternity during the 150th Congress in San Francisco in the summer of 2015, when he received the Walter L. Cronkite, Jr. Congressional Award. The Cronkite Award, named for another famed Chi Phi journalist, is the highest honor the Fraternity can bestow upon an Alumnus. Since its establishment in 1990, only 18 Chi Phi Brothers have received this honor. During the presentation, Executive Director Michael Azarian said he looked at Brother Purks as “an example of life long commitment to the Badge, to humanitarian service, and to spiritual development. He exemplifies the purpose of [the award].”

Our condolences go out to Brother Purks’s family and friends, the Episcopal Diocese of Georgia, and the members of the Alpha-Alpha and Delta Pi Chapters.